Early James, an Alabama native and the latest signing to Dan Auerbach’s Easy Eye Sound roster, releases his debut album, Singing for My Supper, via Easy Eye and Nonesuch Records on March 13, 2020. The album spans hard-charging blues, wistful folk, and ages-old pop crooning, anchored by the singer’s voice that oscillates from gravel-gruff shout to a honey-smooth whisper. James’ inspirations run from Fiona Apple and Tom Waits to the Southern gothic poets, as heard in the album’s darker themes and in the wry humor with which he writes about them. Singing for My Supper is available for pre-order on all formats here. 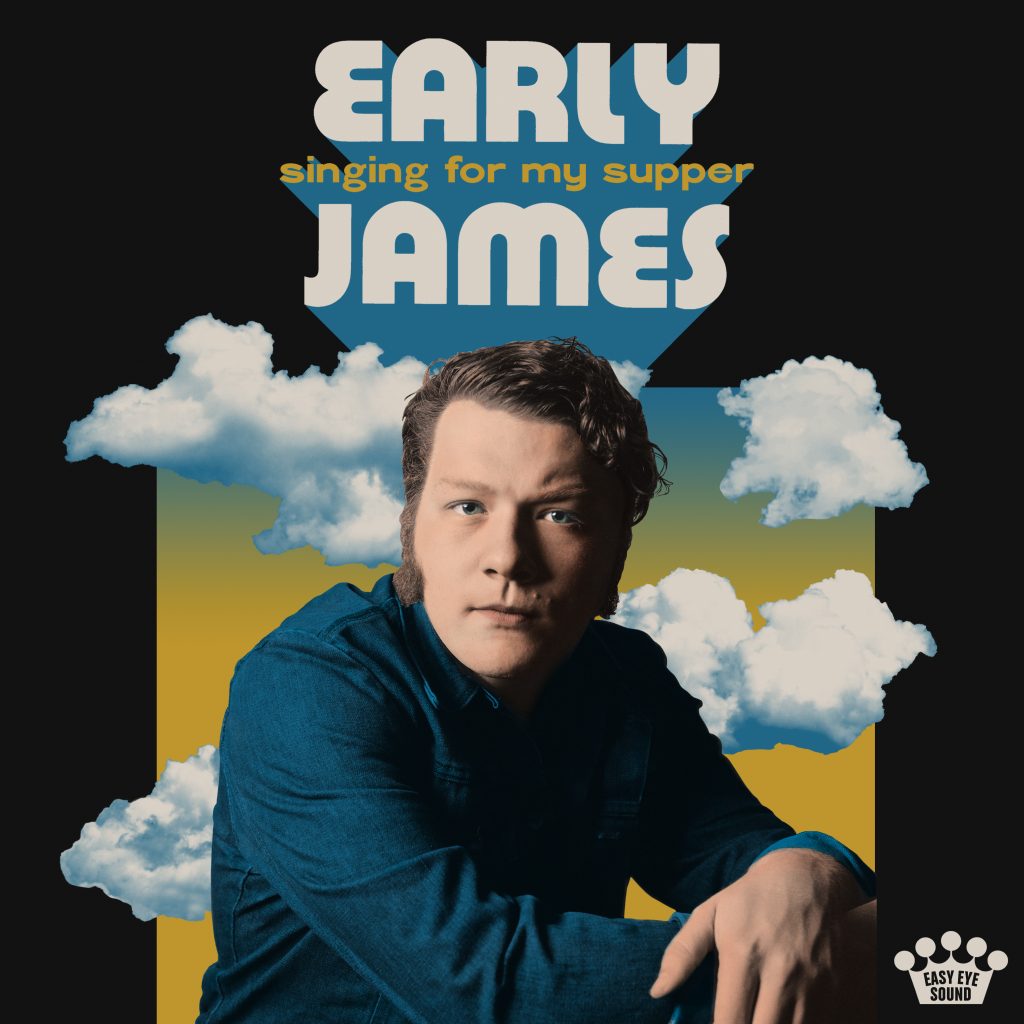 Today, Early James also shares “Blue Pill Blues,” the first single from Singing for My Supper, via an interview with American Songwriter. American Songwriter calls Early an “emerging alt-folk star” and say of the song: “‘Blue Pill Blues’ is a stellar first track and one that showcases the unique — and quick — transitions that James’ vocals can make. He deftly switches from a melodic whisper to a gravely, if not guttural, growl to drive home his all-too-relatable lyrics.”

Listen to the song and read James’ interview here.

Auerbach, who decided he needed to produce the singer’s debut album after watching just two seconds of a video of James performing, says: “Some people are good singers, and some people are better than good singers; they just have this great form of expression.”

Early James has confirmed a headlining show at Nashville’s Analog on February 6th, as well as tour dates in the new year with The Lone Bellow, Shovels & Rope, And The Marcus King Band (full dates below). Tickets and more information for all dates are available here.

Early James’ debut features ten wide-ranging songs, co-produced by Auerbach and David “Fergie” Ferguson, is full of world-weary wisdom. “Blue Pill Blues” details a period when James, who was being treated for depression, quit his antipsychotic medication cold turkey. “High Horse” is a lament of the ways his adolescent excitement faded with the arrival of the vices of adulthood, while “Easter Eggs” finds the songwriter coming to terms with some of the darker sides of his heredity.

As soon as he was old enough, Early James moved from Troy to Birmingham, where he’s become an integral part of the city’s thriving music scene over the past half-decade. His diverse experience in the Birmingham scene has helped mold him into a singular talent whose sound remains uncategorizable. Mother Jones says, “Early James is the type of guy that might have walked into Sun Studios in the 1950s to record an unhinged rockabilly single with Sam Phillips … James sounds like an obscure, ribald 1920’s crooner time-warped into a 1990s heavy-alternative band.”

Coming out of a local music scene as first-rate as Birmingham has also helped sculpt James into a songwriter who obsesses over the craft and texture of every word he’s ever sung. “Every line has to mean something to him, personally,” says Auerbach. “It’s not good enough to just write a good song, it needs to have a deeper meaning. He’s unlike any person I’ve ever worked with. He’s not writing a song to be universal; he’s writing a song for him.”

Singing for My Supper is the thirteenth release on Dan Auerbach’s Easy Eye Sound label, which is distributed by Auerbach’s label Nonesuch Records.  Easy Eye Sound is built equally around Auerbach’s Easy Eye Studio in Nashville, where The Black Keys recorded their last two albums, as well as the collection of famous session musicians that have come to call the studio home. Subsequent releases have included records by Yola, Marcus King, Kendell Marvel, Leo Bud Welch, Jimmy “Duck” Holmes, Shannon & The Clams, Shannon Shaw, Sonny Smith, Dee White, and Link Wray. Auerbach says, “Sometimes I feel I created my own Field of Dreams. I built the studio because I knew something was going to happen. I built it to accommodate live musicians playing, and then all of a sudden the best musicians in Nashville show up, and it’s happening.”

Singing for My Supper Track Listing

*The Marcus King Band
+ The Lone Bellow
& Shovels and Rope

ALL NEWS FOR: Early James
×