Early James kicks off his What A Strange Tour this Fall, following his scheduled appearance at ACL Festival on October 14. He just wrapped up a few weeks opening up for The Black Keys on their Dropout Boogie Tour, where Dan Auerbach brought him on stage to play “Ten Cent Pistol” from their iconic 2010 album, Brothers. Early James has continued to prove himself to the crowds of Nashville, particularly during AmericanaFest this year, where he played a handful of shows including Concord’s Americana From All Sides kick-off party, Easy Eye Sound’s First Annual Community Fish Fry, Musician’s Corner, and an official showcase at East Nashville’s The 5 Spot. Early James garners new, adoring fans in every room he plays, and the What A Strange Tour is surely to be history in the making. View tour dates and tickets to see Early James live now. 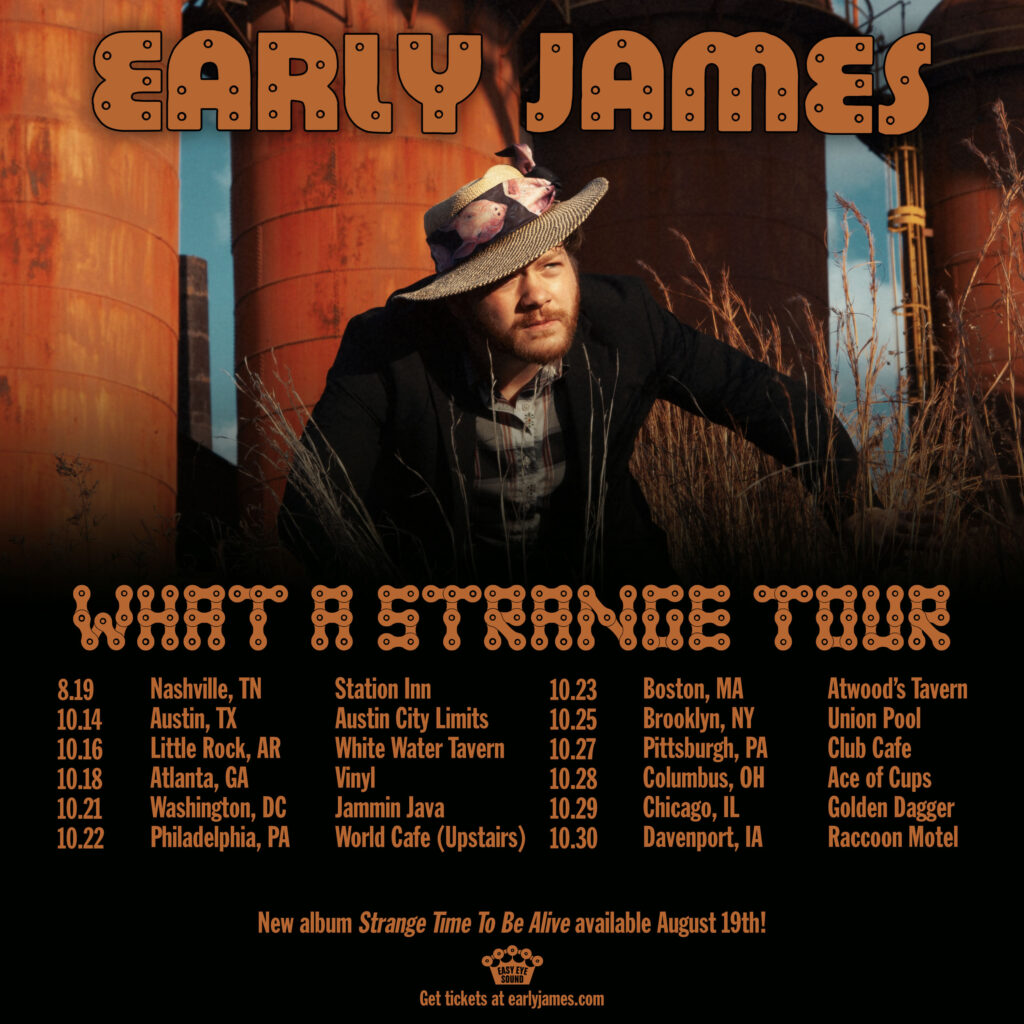 ALL NEWS FOR: Early James
×